It has finally arrived. I backed this project by @astrohaus on IndieGoGo what feels like a lifetime ago (okay, it was a little over two years ago, but that's more of a commentary on the global political situation than anything else 😅) and it's finally here.
So, here's the big announcement! 🥳
There will be an exciting announcement (well, at least for me) being made on my page tomorrow afternoon... I may do a Facebook livestream... We'll see. 😅 Check back tomorrow afternoon (1/5/20 @15:20 BST).
In the new world of #QuarantineLife, I've been trying to get back into Instagram on this account and browsing through the work of my fellow #neurodiverse advocates out there. 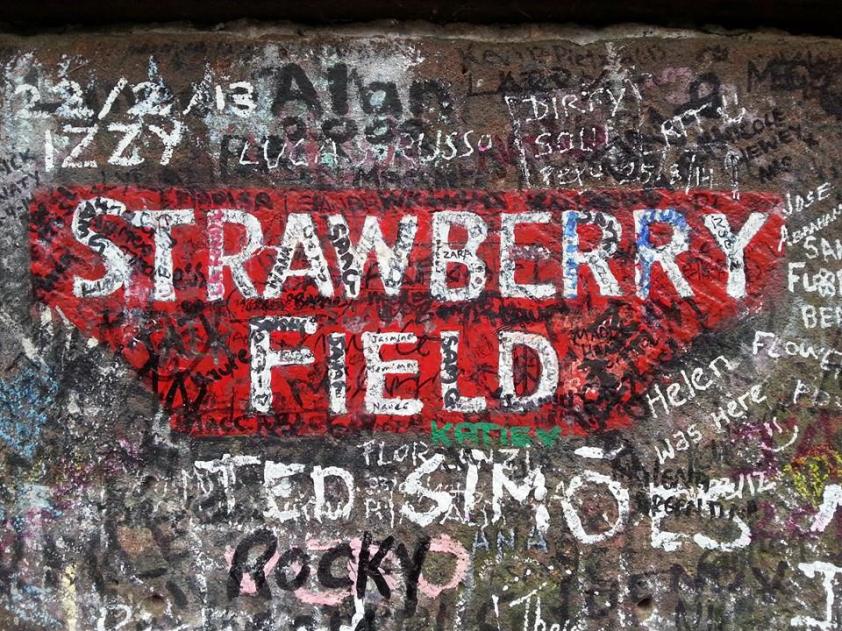 I’ve been a Beatles fan for as long as I can remember.  Growing up with a British father pretty much guaranteed that I would be a lifelong fan, though I can’t exactly say that the same follows for a handful of bands my mother liked (*cough* Jethro Tull, for example *cough*).

I grew up in a household with a plethora of CDs and a fair few Rock & Roll Encyclopaedias.  I loved looking at the album artwork for the CDs and through the contained booklets and their photographs and printed lyrics.  I would sit for ages flipping through the rock & roll books and read up on almost anything and everything.  When I worked out the discography order of The Beatles’ albums, I proceeded to listen to them in chronological order (because anything else is sacrilege) in order to immerse myself in the music.  I learned the lyrics with almost encyclopaedic precision.  I can pretty much tell you what album any song is on and what year the album was released.  We had a LaserDisc player when I was growing up – which my husband loves to rib me about because of its now obsolete existence, but I maintain that I was watching HD video before HD was a thing!! – and we had The Beatles films of A Hard Day’s Night, Help!, Magical Mystery Tour and Yellow Submarine on LaserDisc, which I would watch frequently and scan back (“rewind”) my favourite lines over and over again to try to pick up their subtle but brilliant British wit.

What always disappointed me though was that not one of my friends in school were as remotely interested in The Beatles as much as I was, if interested at all (*scoff* philistines).  I learned quite early on that when no one else is as interested in the same things as you, you stop waffling on about it because no one will like you.  It was a very tricky thing to suss out and conclude because I desperately wanted someone else to be as excited about The Beatles as I was, but was sorely disappointed that in my very small town (and an equally small selection of peers) I was unable to find that person.  I was grateful that my three closest maternal cousins loved watching A Hard Day’s Night whenever we had a sleepover at our house with them and always laughed along with me at the funniest parts.

When the Anthology series came out in (*gasp*) 1995, little 11-year-old me was entranced and enchanted by the old footage and learning absolutely everything possible about my first favourite band.  I think this is when I first developed my crush on Paul McCartney… it makes me cringe writing that now because he’s 42 years my senior and a crush like that is clearly wholly inappropriate, but I found younger Paul (circa 1964 to 1967) really cute; Let It Be era and beyond? Meh – too beardy, too much mullet.  Now?  Absolutely not, bless him – I’m not one of those women who goes after much older men, especially one who is older than my own father!  I just liked how he looked then, thought he had a very cute face and I think I was intrigued by him being left-handed too (always kinda wished I was ambidextrous).  It’s so hard to explain without feeling absolutely reduced to being 11-years-old again!!  My friend Katherine Uher (formerly known as Green) did an amazing presentation about Romantic Attachments for Girls with ASD at The Autism Show this summer (check out the PowerPoint slides here).  I still like watching old Beatles footage and sometimes just staring at young Paul McCartney’s face… hell, it’s why I chose my husband’s alias on here as Paul!  I don’t mean for it to sound creepy, but I don’t know how else to explain it. 😟

The funny thing though is that when I look back at boys/guys that I’ve had crushes on in the past, with one exception, all guys that I liked sort of fit the young Paul McCartney archetype – tall, lean (not “skinny” as such), dark hair, dark eyes, cute/kind face.  I’d dare to say that my husband fulfils this “criteria”, as it were – I’ve always found him very cute and nice to look at; he does not see himself as being especially handsome, but I tell him frequently that I love him and find him very attractive.  Please do not interpret this as me being superficial or shallow; obviously, he and I have chemistry and matching personality attributes which led us to date and subsequently get engaged and married (five years married, eight years together come January 2017).  What I’m simply saying here (in probably not the most articulate way) is that I have a definite “type”, I suppose.

Of all the non-essential information out there that could possibly occupy the precious real estate of my brain, I think there are definitely worse things to have in there other than having the order of the album releases, the entire scripts of their films (well, maybe not as airtight with Magical Mystery Tour), being able to hear a song and tell you which album it’s on, and having all the lyrics to all of their songs emblazoned in my mind forever.  I’ve always suppressed my feelings of utter geekiness around The Beatles because I never saw anyone else being as deeply interested as I was.  Whilst “my Paul” (husband) understands, appreciates and respects my love of The Beatles and has learned more about them through me, it’s still my own special interest. 😀  We went to Liverpool for my 30th birthday and did a Beatles Fab Four Taxi Tour [highly, highly recommend] and saw many important Beatles landmarks in Liverpool – categorically the best birthday ever!!  The Strawberry Field photo at the top is from our trip, as well as the two photos below.

Thank you for reading my Ode to The Beatles!! 😀 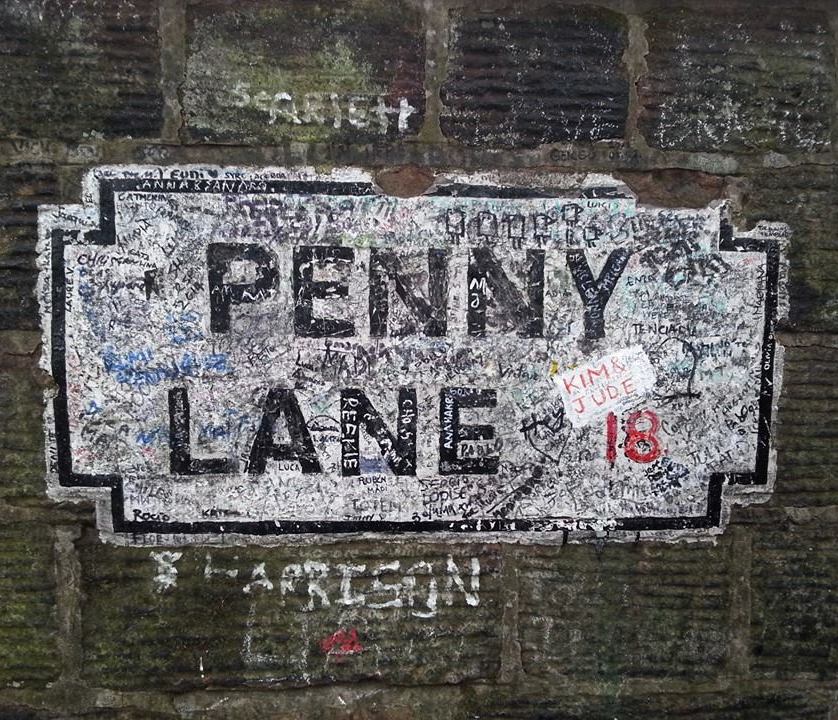